Municipal Mayor Belciña and Municipal Vice Mayor Lagahid also gave the Plaque of Recognition to the three 3-termer Municipal Officials who were Hon. Estanisla M. Almagro, Hon. Kevin Belandres and Hon. Francis Sydney Belciña who also gave their speeches and messages of gratitude to the people.

The most awaited part was the tribute to the man who served Dalaguete for 30 years and worked so hard for the town’s economic development. A short video was played as part of honoring him for his endless passion and dedication toward serving the Dalaguetnons. Mayor Belciña and Vice Mayor Lagahid presented the Plaque of Recognition to outgoing Municipal Mayor Hon. Ronald Allan G. Cesante who then gave his message of inspiration encouraging the newly-elected officials to continue and sustain his programs and projects for the Dalaguetnons.

After the ceremony, everyone shared the sumptuous food while listening to the live band. 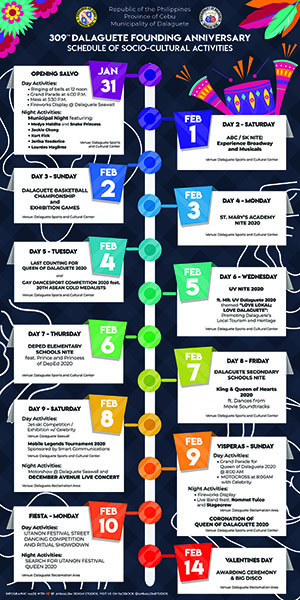